Mr. Bastien, Mr. Parent – enomyc SAS in Paris has been in business for a little under year. How is business going?

Guillaume Bastien: We fired the first stage of this rocket last year and we are now on stage two and the trajectory is good. enomyc SAS has been fully and enthusiastically operational for a couple of months. Our network has responded very well. We successfully advised Guinea’s UMS Group on its purchase of Alteo, the French world leader in specialty alumina.

Alain Parent: And we won our first Franco-German project, an advisory mandate for French-run shipbuilder Privinvest Group about a shipyard in Kiel, a sector in which enomyc GmbH has a great track record. We also have projects in various sectors in France, Austria, and Germany. We are lucky the pandemic did not hugely affect the vigour of our business.

How do you go about your work – as a team, or independently and in parallel?

GB: Alain and I come from different parts of the business world and have different educational and training backgrounds. Alain is your man for business administration and sales, I stand for engineering and contracting. But our skills are very similar: we know how to run successful businesses, listen well, come up with solutions and create value. We worked for over twenty years in large corporate structures, in many different places with high levels of autonomy. They were challenging businesses, with low margins, high expectations, tough competition. Restructuring, corporate and business development, business model changes – those are the things we know and do well.

AP: We both have deep French roots but have spent the last twenty years abroad and now both live in Austria. A background like that makes you see things differently – that is something we share. Obviously, Guillaume will take the lead if it is an industrial project, for example, and I will take the lead if it is a project involving a retail company. But we always know about all our projects and leads. I share everything with Guillaume, in part so that he can challenge my thinking. He does the same with the projects he oversees.

How did you end up working together as enomyc SAS – and with enomyc GmbH in Hamburg?

AP: We were friends, not through business, and the same age. We had spent twenty years in big corporate structures and were asking ourselves: What do I still want to do? We both wanted to be part of something in which we had a share of the story. Guillaume had worked with enomyc GmbH and he and Martin Hammer had long been in touch. We had Martin talking to Guillaume and Guillaume talking to me. Then the three of us found a way to bring everyone together. I had worked as a strategy consultant, so I knew that our proposition would be attractive to companies. Guillaume had worked with many consultants, so he had his own ideas about what a good firm has to offer and how to offer it.

You are the driving force behind a new M&A practice within enomyc. How did that come about?

GB: It is a logical development for me as there is huge demand for these services – although there is also strong competition. enomyc in Hamburg over the years broadened its scope from restructuring to include mergers and acquisitions (M&A) driven by companies in financial distress. Corporate M&A is a different business, and we have the network and the skills for it. M&A is another way of creating value for our customers. We use our expertise to add value, from strategic conception via deal origination to post-merger integration.

What are the differences between the French and German markets? Is there any cross-pollination?

AP: You will always find things that work perfectly in one country that cannot be copied and pasted into another country. In business development, you need to look at each market with a fresh pair of eyes, you cannot mirror what you have done in one market in another one. That also applies to managing sales channels, monitoring competitors, and dealing with clients. It is important to avoid stereotypes, but we have seen consultants and their clients fail because they forgot about the differences between markets.

GB: I am wary of clichés, but German, Dutch or Scandinavian clients tend to get to the point even in a first meeting. A French client will first want to know who you are, not in terms of what you have done and the cars you own, but in terms of your family and background. It is a Mediterranean thing about understanding the concepts, the people, the network that formed you. Germans look to the French for this communicative and creative part, the French look to the Germans for their precision, their planning, their results. If you combine those qualities – that would make the French-German engine unbeatable.

What is it like being a French duo working alongside a big, established team in Germany?

GB: Together we have been driving the Franco-German approach, with all its communicative issues and need for fine-tuning. Martin Hammer’s idea to create enomyc SAS was a very deliberate move to open and diversify the company. enomyc GmbH has been very successful in its home market and segments; this helped when approaching such a game-changing move. It is then more a question of open-mindedness and adaptability than roots. And we do work together well. Yes, we have on occasion fought and on occasion complained. But we have also partied together – although perhaps not enough, because of the restrictions forced on the world by the coronavirus – and most of all won projects together! AP: But what has been obvious from day one is the tremendous opportunity enomyc has as this French-German engine. Our achievements after only a few months speak for themselves. We have made exciting results with a client like Privinvest, a mandate we won because of enomyc’s Franco-German proposition. enomyc SAS is still a work in progress. It is not just about three or four people in the company getting together, it is about having the whole team on board. But we are getting there and are all having a great time doing it.

Football, France vs Germany – who do you want to win? Vin or Bier? Mediterranée or Nordsee?

GB: Firstly, as I said, I dislike stereotypes, and secondly, I prefer rugby. Football’s not my game and Germany does not have a rugby team. Beer? When I am thirsty. But when I want to drink something special, I drink wine. As to the sea, the Mediterranean is too crowdy in the summer, simply too many people. So, I would choose Nordsee, the North Sea.

AP: The Mediterranean in the summer and the Ostsee, the Baltic Sea, in October, in particular Rügen. The question about the drinks is more difficult. I grew up close to the Belgian border, so I really like beer, although not the ordinary kind. But I also grew up drinking wine. So, I have to say both wine and beer. And football – you know Gary Lineker said – it is a game played by two teams, which the Germans always win. Well, I disagree!

Back to business. Where do you see it heading over the next year or two?

AP: We are still in the startup phase. We still need to build trust and deliver on our promises. And we are triggering stage three of the rocket – growing and hiring people. Recruitment and training are the next challenges. We want people with the same philosophy, the same European background, a readiness to move from project to project with dedication. We see a lot of very exciting business opportunities in France, across Europe, and in Africa. There is a whole host of thrilling challenges in M&A and post-merger integration, on the corporate and strategic performance side, and in business development, especially cross-border opportunities.

GB: We had good first months in which we have demonstrated our entrepreneurs, “Doers” consulting approach and not just consultants selling hours and concepts. Do we want to go into orbit with our rocket? Where do we want to stabilize? Those are exciting questions. A few months ago, we hardly expected the business to be where it is today. That is why I love the sentence: Keep your feet on the ground & keep reaching for the stars.

What is at the top of your list now that we are all slowly getting back into public life?

GB: Being back in restaurants & listen to concert; kiss friends and family and shake hands. As french people, we like this personal touch!

AP: definitely back to a more social life and also travel with the family this summer, have my kids discovering more of Europe, no longer via Google maps but with their own eyes!

Thank you for the interview, Guillaume Bastien & Alain Parent. 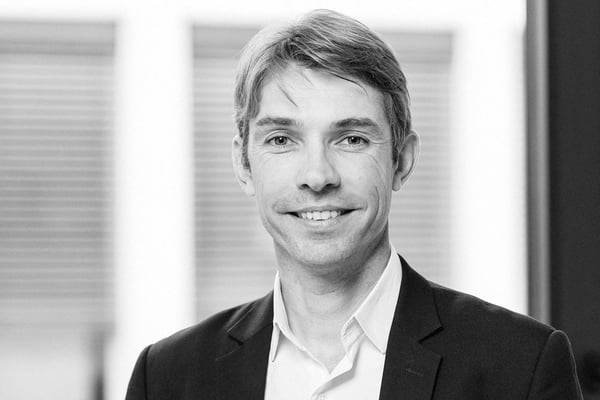 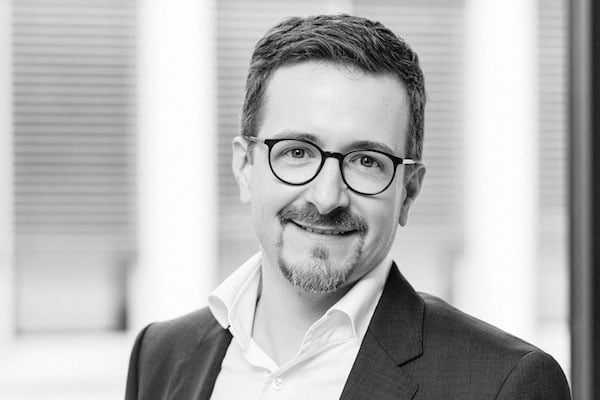 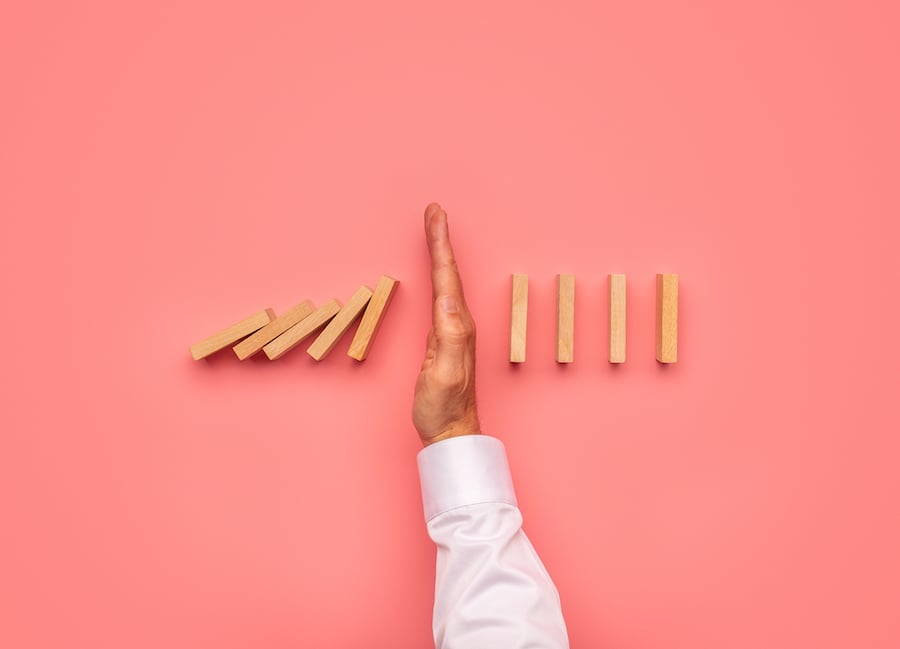 Protection from the bankruptcy of others: Is that even possible? And if so, how? 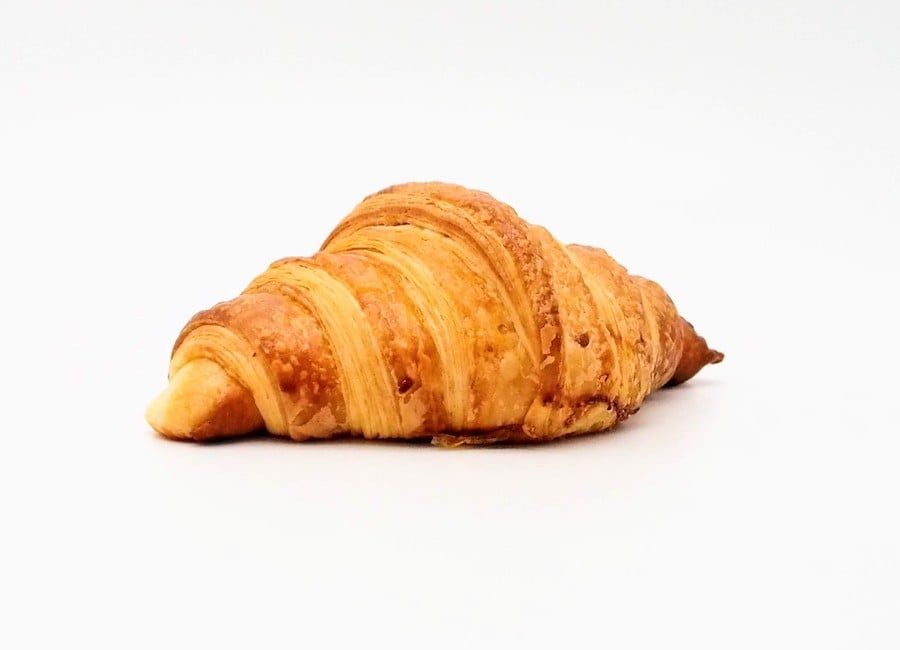