Material shortages, delivery stoppages, rising energy costs. Sustainability targets, digitalization and electromobility: the automotive industry is under pressure to transform like almost no other. There is no choice in this. It is compelled to transform itself, must reinvent itself, must question the tried and tested - such as network structures, contracts and sales systems - and it is doing so.

New business models are entering the market. Today, we are looking at one that is not so new, but is currently being rolled out with might and main: the agency model. Much discussed, much criticized, but also accepted. Why is this? How forward-looking is it? What are its benefits? What does it entail? What are the challenges to decades-old business relationships between manufacturers and retailers? And can the agency model be profitable for manufacturers, retailers and end consumers alike?

A conversation with Jan Brandt, interim manager and expert for turnaround and new business models.

Everyone is talking about the agency model. What's wrong with the tried and tested dealer contract?

For a start it is many decades old - to be more precise, dealership contract systems have been around since the beginning of the 20th century. The formula also worked for a very long time: Automakers developed and produced vehicles. They organized sales through national companies and importers. The dealers bought the goods on the basis of annual target agreements and their own entrepreneurial risk, calculated market-relevant prices and then brought the purchased goods to the market offline. However, this formula began to fail well before the pandemic.

The automotive market was massively determined by the fact that all car manufacturers produced more than the market could handle. The assembly lines were never allowed to stand still. They had to run constantly - regardless of whether the market would bear the volume produced or not. Every minute of downtime would have cost the manufacturers between €25,000 and €30,000 per production line! The result was oversupply. And a huge cut-throat competition, which was further fueled by subsidies and price discounts.

What effect did this have on the dealer side?

The business had clearly reached its limits. It went down sick, plain and simple. Dealers found it difficult to meet target agreements with manufacturers. Cost pressures, mainly from inventory costs, spiraled, the performance side was difficult to control, inventories built up. Dealers needed more and more bonuses and subsidies to compensate for the sales pressure. Increasingly, they also had used their own margins to secure sales and manage inventory risks. All of this usually resulted in retailers floundering financially.

Inventory risk, after all, is one that will now be eliminated by the agency model.

That's right, a retailer who now agrees to the agency model can take a lot of pressure off himself: he keeps inventory risk out of his business. This is because in the previous three-tier sales model - manufacturer, sales company, retailer - dealers were practically left alone to compensate for the overproduction by the manufacturers. This resulted in a massive costs, which were only partly borne by the manufacturers. On the manufacturer side, the total distribution costs amount to about 20 - 30 % and around 10-15% of this alone are costs in the form of additional sales promotions and monetary support programs.

Sounds good. Especially for the manufacturers. What else will change for them as a result of the agency model?

They will take over complete pricing sovereignty, both in offline and online sales. After all, this is how the new car business works for the most part: customers get their information online, put together their car using the manufacturer car configurator and they are then sent the list price. But where do you buy at list price?

For the discounts, you go to the dealer.

That's right. And that's actually one of the biggest hurdles for consumers: In a survey conducted by Capgemini in 2020, 91% of potential customers said they could imagine buying directly from the manufacturer in future. If they could be sure that the purchasing process would still be secure. This is exactly what changes in the agency model: the manufacturer gains direct customer contact plus pricing authority. And this no matter where, online or offline: the same price will apply everywhere. But the dealer still retains an important function: he is the contact person for the customer on site. For example, for detailed advice, test drives, delivery and trade-in of the used car. And, subsequently, for services and aftersales services.

Is it a deceptive impression or do the dealers – who are soon to be renamed agents - tend to lose out?

I would argue that it is more likely to bring opportunities for the agents. The keyword "inventory risk" has already been mentioned. The truth is that inventory handling is a major cost factor for automotive dealers. These costs are eliminated by the agency model. Centralized pricing also dissolves intrabrand competition, which is another major revenue eater: dealers of the same brand no longer have to compete on price. There will tend to be fewer price discounts that have to be co-financed out of the retailer's own pocket. By linking offline and online sales and centralized pricing sovereignty of the manufacturer, manufacturers expect an increase in sales volume of 2 - 4%. In addition, there is the chance for the agent that issues such as vehicle overvaluation and trade-in overpricing will be largely eliminated when used cars are traded in. To this extent, there are some cost benefits in there that will take a lot of pressure off today's dealers.

Nevertheless, there are reports that many dealers are still critical of the agency model.

Solvent dealers who have had no problem financing large vehicle inventories and for whom inventory risk has not been an issue in the past are certainly more critical of the agency model. Large dealer groups also had much better conditions than their colleagues in the industry. But basically it is like this: What dealers will gain less in margins from the agency system in the future - because they will only be receiving a brokerage commission, and no longer a complete sales margin - is offset by an immense reduction in costs. From my point of view, it is definitely worth taking a closer look at the new possibilities.

If going to the car dealer is no longer necessary because customers will be buying directly from the manufacturer in future, and if manufacturers like Mercedes are aiming for fewer branches and smaller sales areas, doesn't that also mean job cuts at the dealerships?

Not so much. Because dealers will continue to play an important role in automotive sales in the future. But their role will certainly change. Traditionally, car dealerships have employed salespeople to support the customer and the sales process. Some manufacturers have been working on this very role model: BMW, for example, has created the additional position of product advisor, the so-called "BMW Product Genius," in addition to the classic salesperson who exclusively manages the sales process. They advise customers on the product side. Other manufacturers are currently testing new roles such as mobility advisors. This is because the new models are also becoming digitally more complex and - in the context of electromobility, among other things - need a lot more explaining. It will definitely pay the larger car dealership groups to have their own customer contact center and, in its further development, a business development center, in order to be able to provide customers with more intensive support. Here it really depends on the quality of the employees or agents.

BMW justified its planned agency model with the changing expectations of consumers have from digitalization and online sales. It said in a press release that the customer journey is becoming more and more important. What challenges does this development also pose for the communication and IT of retailers and manufacturers?

And not to forget here are the national companies and associations. The ERP, sales and CRM systems used at the individual sales levels differ greatly. For the future agency model, holistic end-to-end system adaptations must be made - from the manufacturer to the retailer. In future, customer data must be stored centrally so that individual requirements can be derived from it. This is because data stored in data silos makes consistent interaction difficult.

In my opinion, mastering customer and vehicle data management is one of the biggest keys to success in the entire change process. And a great opportunity for dealers and manufacturers at the same time. Because as soon as they work together to adapt their structures and ways of working, contain their costs and modernize sales approaches, their business will benefit.

Are there already cases that are promising? Where the agency model has paid off?

There are still relatively few empirical values from previous roll-outs. But a close look at the past provides some insight. After the fall of the Berlin Wall, a number of manufacturers worked with their newly opened automotive dealers in the new German states in the framework of agency systems. At that time, the agency model ensured that these dealers could reposition themselves on the market with limited risk. However, since the manufacturers needed the dealers not only for sales but also as a buffer for vehicle inventories, the agency systems of the time were transferred to dealer structures.

What are you currently observing? Are there any players - apart from Tesla and Polestar - that are doing it right?

I am observing numerous Asian newcomers entering the European market. They are not bringing any sales and service structures with them from the past, but they are bringing new concepts. Online sales and the agency model are their sales structure from the outset. This also gives them a completely different penetrating power! The established players, on the other hand, must first overcome their traditional sales structures and learn to keep pace with change.

What does a look into the future tell you? Can the agency model also work in other industries?

Absolutely: The agency model from the automotive industry will be able to serve as a blueprint for other industries and sectors. For example, manufacturers of technical equipment and consumer goods and manufacturers of agricultural machinery also work with similarly structured sales and service organizations. Some companies in the household appliance sector are already working very successfully in the agency model, for example Miele. Many brand manufacturers can certainly take their cue from this change, which is currently sweeping through the automotive industry. It is certainly exciting in any case.

Thank you very much for your comments, Jan.

What questions are you concerned with on the topics of turnaround, new business models and digital transformation? We support you in facing up to the new challenges. Feel free to contact us. We look forward to hearing from you! 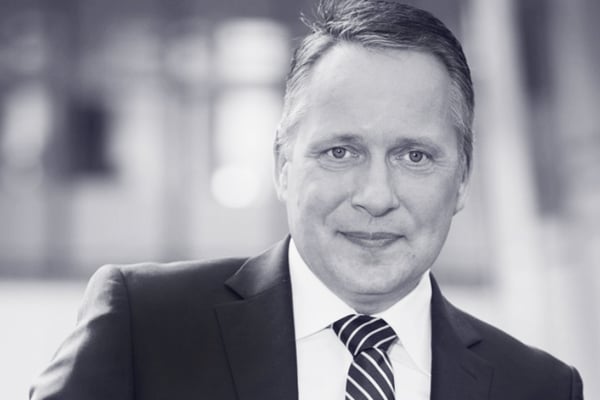 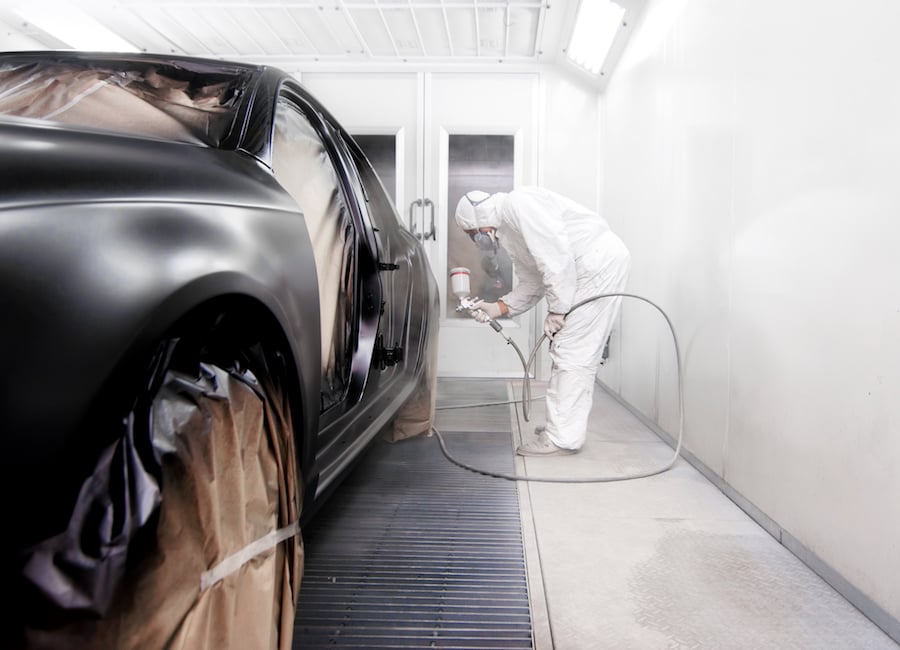 Automotive sales in upheaval: How can dealers compensate? 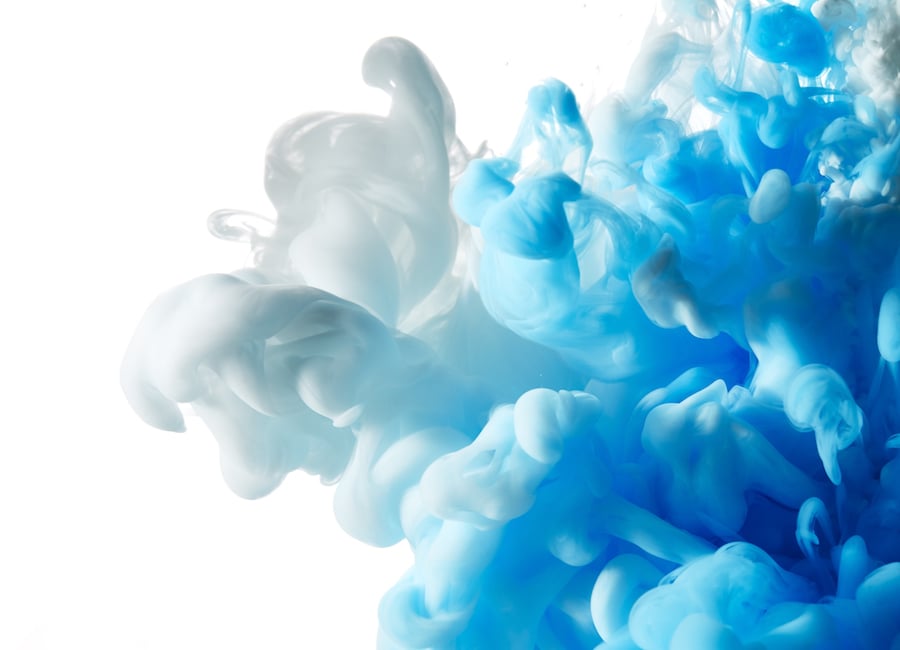