Cheap gas, cheap living, cheap money: Many Germans are used to always getting a whole lot for little, in a land of growth and prosperity. The boomer generation in particular was virtually trimmed for professional success and major economic growth. And the millennial generation? These were the people who were born into the middle of this prosperous state. Now, however, they all face new parameters for prosperity and growth. Millennials and Gen Z are facing "their" first economic crisis. And companies are seeing how the familiar formula no longer works. Are the fat years now over? A conversation with Martin Hammer.

A conversation about prosperity and growth with Martin Hammer.

In his inaugural address on January 20, 2009, former U.S. President Obama said "Our economy is severely weakened - as a result of greed [...] but also because of our collective failure to make hard choices and prepare the nation for a new era." Mr. Hammer, to what extent do you think this statement - or details from it - apply to Germany's current situation?

From my point of view, it captures precisely the current problem we now face in Germany. It must first be said that 2009 was a very special year, which was triggered by the collapse of the financial world. And the word "greed" that Obama used probably also referred to the exorbitant profits of the financial institutions - before the Lehman Brothers insolvency. But the basic message is true: No entrepreneur can stay in business long and successfully without making difficult decisions. Talking up the acute problems we have to deal with does us no good at all. The same applies in politics. There is a lack of consistency here and politicians are often afraid to speak the truth. The fact is, after nine years of partying in which we saw incredible abundance in Germany, two subsequent pandemic years followed, in which there was state intervention in the economy and market laws were undermined. Yes, the party is over. We need to prepare for a new era.

Before we talk about the new era - a quick review: You said in our July 2019 interview that many companies were living well beyond their means. Why was the "party" possible in the first place?

During the "fat" years, many companies pursued a very aggressive growth strategy. Often through acquisitions. Also through diversification in business areas that were actually completely unrelated to the traditional core business. Companies had simply lost the benchmark. Years of growth and - it has to be said - artificial, cheap money wanted by the state were what led to the excesses mentioned in the first place. After all, there was no regulator. And this was because everything developed, year after year, always getting even higher, even faster, even further. Ultimately led to a fundamental attitude, that somehow or other you would get what you wanted financed.

Have you noticed a change here - especially in light of the post/pandemic situation?

Hardly any real decisions were made at all during the pandemic, as I see it. The German economy seemed to have fallen into a state of rigidity. There was no economic compass and companies were managed on sight alone. But one thing changed – and that is the imperative transformation to digitalization is now a top priority. Many people were well aware of this before the pandemic, but things were still going rather half-heartedly. At that time, many companies were lulled into a sense of security by their good earnings, sales and high growth rates. Unfortunately, many of them made the false assumption that they didn't need to digitize. This attitude has now definitely changed. If you want to survive in the market, you can't go on as you did before. Today, the strategic orientation is different: More and more companies are digitizing smaller and larger business processes.

Back to the keyword "greed": Margrethe Vestager, Vice President of the EU Commission, recently said in an interview with Handelsblatt that a large part of European industry is based on cheap energy from Russia, very cheap labour from China and highly subsidized semiconductors from Taiwan. "We weren't naive, we were greedy," is her verdict on Europe. Do you agree with her - also with regard to Germany?

Yes, unfortunately. This is a point that has been increasingly worrying me for several years. There has been a clear failure to invest in Europe - especially during the long years of the special economic stimulus from 2010 to 2019. This is something I have never been able to understandable. After all, if we want to grow together as Europe, then why are we investing billions all around the world except in the EU? Why aren't EU funding pots being used to create plant structures in industrially poor countries - for example in Southern and Eastern Europe? Corporations and companies could have set up their sites there. This would make Europe stronger and more independent from today's perspective. I don't want to follow a like Trump and say "Germany 1st", but there has to be a rethink in the economy. We must move away from simply overlooking Europe - and, for that matter, ignoring the climate too. This state of affairs is now moving bodily into change.

How exactly? What tendencies and trends are emerging in the European economy?

Well, whether we like it or not, change is already happening. Everything is getting more expensive. In some ways, that's not a bad thing. Take cheap supply chains, for example: before the pandemic, shipping a container from China to Europe cost €1200. It could hardly have been cheaper. Today, a container costs between €12 and €18,000. Shipowners are currently earning billions. At the same time, however - clearly because of the high prices, but also and not least because of the ESG targets and the measures packages of the EU Commission - entrepreneurial activity is going to change significantly. The signs are clearly pointing to shorter, intra-European transport routes and more sustainable production in Europe. And yes, that makes it more expensive overall. Because European wage levels are also higher than in China. But fair wages and good products cost more money. That's something we still need to get used to in Germany.

As you say, a large proportion of Germans are not used to anything other than prosperity and growth. Your generation, the boomers, were groomed for professional success and economic growth. The millennial generation was then born into this prosperous state. Honestly, are the fat years now really at an end?

Well, in principle, Germany has an enormous amount of substance from which a great deal can be fed. But for a certain time, I think the fat years are over. And this doesn't only have disadvantages. All exaggeration over long years eventually levels out. And that's a good thing. Oversupply, growth, prosperity, higher, faster and further were taken for granted for many years. Now we have a changed situation that is moving very quickly sideways, but also backwards. We have to develop new strategies from this situation. The boomers have already experienced some crises. The millennials are experiencing their first potential crisis situation. But Germany stands for a willingness to perform, for innovation, for a high level of professional competence and also for a socially minded society. I hope that this character will continue to develop.

We will need it. The economic experts have been lowering their growth forecasts since March. Economic researchers expect prosperity to shrink. What industry is now left where people can still talk about economic growth?

Every crisis has winners and losers. Crises clean up the market In a positive sense. And that is also an essential. I think companies in the IT industry, the cyber security industry and automatically with it, are definitely talking about economic growth. Digital transformation is a market segment in itself. And this is precisely what will continue to grow – and grow enormously. Then electromobility, renewables in general, technologies that replace fossil fuels as energy sources - will all experience a boom. New business models such as pay-per-use will also increasingly enter the markets. Incidentally, this is strongly driven by the mindset of many millennials and zoomers: they prefer to rent rather than own. In this context, the need for legal advice in companies will also increase, and with it legal management consulting.

Do you believe that growth and prosperity are still possible within the usual parameters? Or do we now need a new definition of both?

I believe the understanding of growth from the past - more for cheaper - has now made itself obsolete. Growth will no longer happen to this extent and at the expense of the climate and of people. Sustainability is the central issue, for consumers of the present and future. Previous business models and products will be replaced by sustainable ones. And these will be more expensive – there’s no question about that. But they will meet the new requirements and parameters. I think this development holds huge potential for companies.

All beginnings are certainly difficult. What kind of mindset do you think is essential - for business and society?

I took away a nice example from a conversation with a customer that perhaps describes the situation quite well. The state had opened the floodgates and a wave of cheap money came in. In causality, there was growth and prosperity for all. Money was basically socialized: The European Community made gifts. And now? Seen as momentum, that's over. The floodgates are closed; nothing is flowing or will be anytime soon. And it's becoming clear: The state of abundance that we knew and were used to was artificially driven. To understand this and to recognize in it an opportunity for the future is inevitable in my view. This is not only the right mindset, but at the same time it is our task: to deal consciously with the situation, to let go of the traditional and to face change with an open mind.

Thank you very much for the interview, Mr. Hammer. 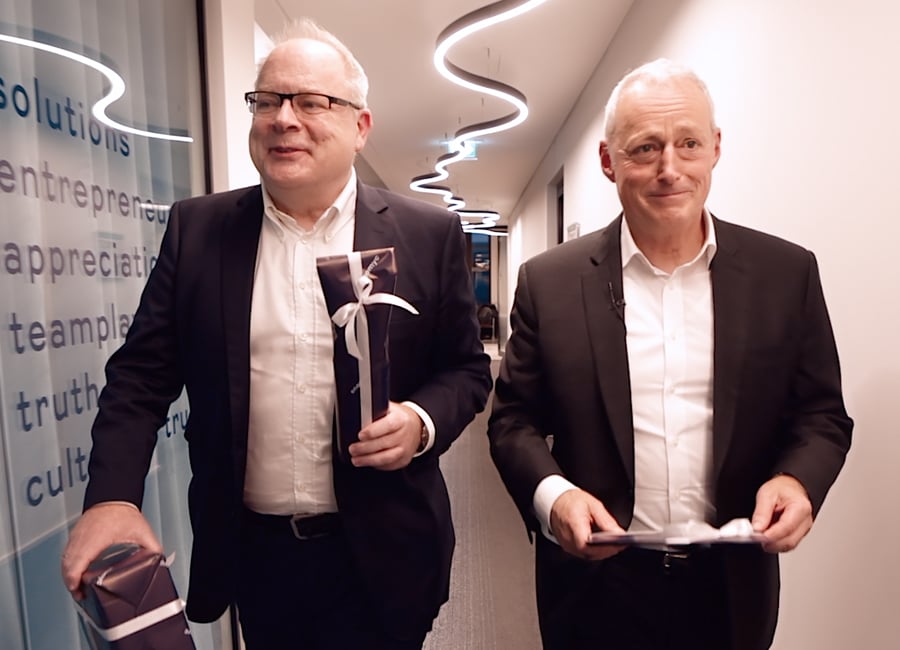 The world at a distance - This was the Corona year 2020 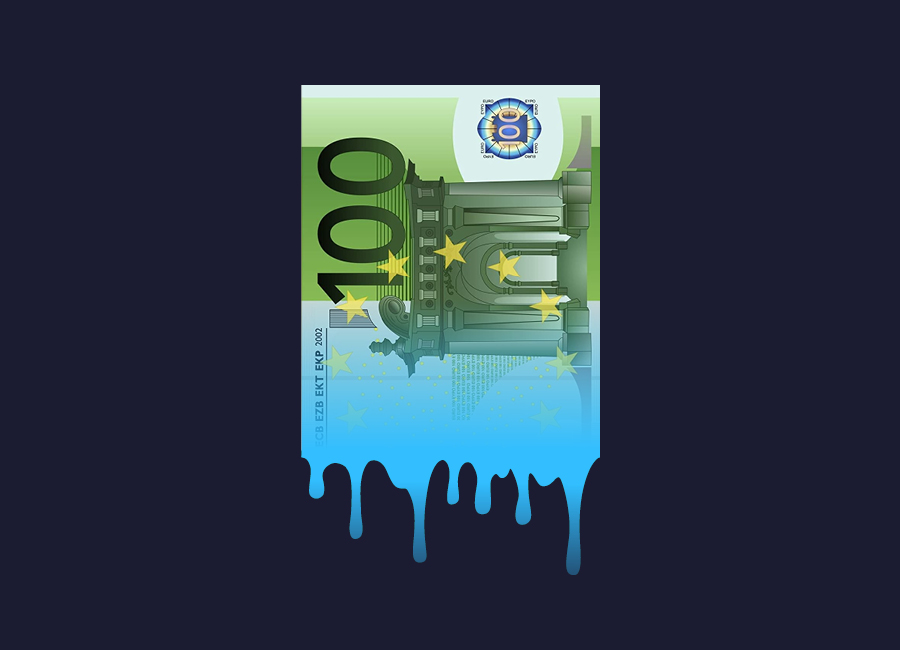