Mergers and acquisitions are always a difficult task. When they take place on an international level between several countries, all with a different business approach, the shovel becomes much wider. What skills are needed to handle the task professionally? And looking at current Franco-German relations: Does M&A have what it takes to positively influence the economies and politics of both countries? A conversation with Ian Kayanakis, Managing Partner France, and Head of Corporate M&A at enomyc. He says: "To do the M&A job right, you shouldn't just be into numbers. You should also be passionate about everything else!" Find out why he believes this and what skills he personally relies on in this interview.

Mr Kayanakis, as Head of Corporate M&A and Managing Partner France, you lead international M&A transactions from our office in Paris. You have a legal background and an executive education in corporate finance and 20 years of experience in executing corporate transactions in various countries. What makes Franco-German transactions so interesting for you?

Whether M&A or financing: These transactions are characterised by a comparable ecosystem. That simplifies them considerably. This is explained in particular by our very important common territorial platform; the areas of economic influence are similar for the two countries: Grand-Est, Alsace, Moselle, Sarre, Baden-Württemberg and Rhineland-Palatinate regions as well as border areas with Belgium, Switzerland or Luxembourg, through which Germany and France are connected.

So, mergers and acquisitions with German companies are business with our neighbours. And this in a harmonised trade and legal system. It is based on a distinct continental European culture. And that's despite the fact that there are still cultural differences. The differences are of course, the element that gives the whole system its charm. And when these differences turn out to be complementarities, which is my experience of Franco-German business, then, as in M&A, we are talking about positive synergies!.

You speak of "positive synergies": at present, it seems, there is a political lack of them. DER SPIEGEL recently wrote "The chancellor is alienating his European partners, the relationship with France has cooled down rapidly". How would you describe the current situation? Do the noticeably cooled relations between Scholz and Macron pose a problem for the M&A business between France and Germany? Or does the economy remain unaffected from your point of view?

Franco-German economic relations have been firmly established for many years and strongly underlined by numerous agreements. The most important being the treaties of Elysée in 1963 and of Aix la Chapelle in 2019, which has recently revived this old relationship. I do not think that politicians, who at this moment, are focused on current short-term issues such as the war in Ukraine, the Corona crisis and inflation, can have a strong impact on this structural and deep relationship between Germany and France.

And while it is true that automotive and especially aeronautical trade will not return to their pre-crisis level in 2022: Germany was France's largest foreign investor in 2021, according to Handelsblatt. And even ahead of the USA. If the German Chancellor decides today that it would be useful for the good of his country to re-intensify relations with China, I think the impact on the almost 6,000 French companies present in Germany, representing 400,000 jobs in Germany, will be small. The Franco-German relationship is structural, and it should continue. It affects the lives of millions of people in both countries.

Can you give some examples of this structural relationship?

Yes, for example the takeover of Hella by Faurecia in 2022. Or the takeover of the German sites of Bombardier by Alstom in 2021. Or also the establishment of the Automotive Cells Company (ACC) in Kaiserslautern - and the confirmation of Daimler in September 2021 to take a stake in what has already been dubbed the "Airbus of batteries". Investments made by Merck, BASF, Vorwerk, Hager and Saarstahl in France in 2021 also bear witness to this sustainability.

The requirements for M&A experts on the international stage are complex. What do you personally appreciate about the M&A business?

Well, I really appreciate the holistic approach M&A takes. Whether in the M&A and strategy department of large companies, as I did for years, or with the advisors, lawyers, and investment banks I work with, mergers and acquisitions are about looking at the company as a whole. Helping shareholders and managers to consider either investment or preservation measures in the light of a strategic objective for value creation is fascinating task. You need to understand what the company is considering with this transaction. What makes it special, what makes it unique - especially for its founders and/or investors.

In our preliminary interview you said: "To do the M&A job right, you shouldn't just be into numbers. You should also be passionate about everything else!" What is "everything else" and why do you think so?

Financial analysis is indeed essential and the anchor point of strategic value considerations. But if you limit yourself to it, you run the risk of overlooking elements that influence value in the longer term. These include key people, client contracts, TSA - especially IT - or compliance. It is the holistic approach that demands a synthesis of interests in M&A - but also the constraints of the company's stakeholders who are undertaking an investment or divestment project. Therefore, it is also necessary to be as unbiased as possible.

M&A experts should not only understand the financial basics, but also - and above all - the day-to-day business and operational constraints. Just to name the most significant ones: the business policy, the legal and HR environment, the liquidity, the sourcing, and IT of a company. Then it is a matter of bringing the strategic project to a conclusion, taking into account the interests and goals of all those involved. In doing so, the budget and the time schedule must always be kept in mind. This is the only way to achieve the goals set.

I benefit from many years of experience on the investor side: it gives me a special insight to successfully close transactions also as an advisor. In 2022, enomyc completed two acquisitions in France for a US client. We were very successful in both assignments precisely because of our multidisciplinary approach.

With you, the intercultural approach certainly plays an important role: you have a solid German-French background and know the DNA of both countries well. From your point of view: What do France and Germany have in common?

Not being an expert in international relations, I can only comment on what I have often practiced: “Corporate” M&A. On this point, Germany and France share the same, very thoughtful approach. Transactions must be based on a concept that is built on considerations of long-term value creation and very similar legal and social systems. They also take into account the stakeholders in these transactions: employees, suppliers, regulations, social actors, in particular. I think that the sum of these commonalities between French and German companies is far greater than the sum of the differences.

That sounds like optimal conditions. What developments do you have in mind for France and Germany?

From my point of view, the German and French companies should continue to work together locally on a joint plant that cannot be weakened by the economy.

Certainly, Chancellor Scholz might prefer military funding from the US - after all, Germany has one of the largest defence companies in the world, Airbus Group. But if these companies believe that their growth, including external growth, takes place every day in their ecosystems, as I believe, then the numerous projects underway - especially in the border area, however modest they may be - will make it possible to intensify Franco-German economic cooperation. In the long term this will certainly contribute to importing to France the German "Mittelstand" medium sized company model, the success of which is undeniable.

What contribution does enomyc make?

enomyc sees itself as an economic ambassador within the business relations between German and French companies. Through its 20 years of existence and its presence throughout Germany, enomyc is intimately familiar with the SMEs, which our French companies now aspire. Making an acquisition in France or restructuring a French subsidiary is simple when companies have a partner at their side who knows and understands them. For the companies’ confidence in knowing the environment and the target to be acquired is a guarantee of success. On the other hand, it is also a real risk if this factor is not mastered. At enomyc, we cover this risk for German companies coming to France and for French companies going to Germany.

Thank you for sharing your insights, Mr. Kayanakis 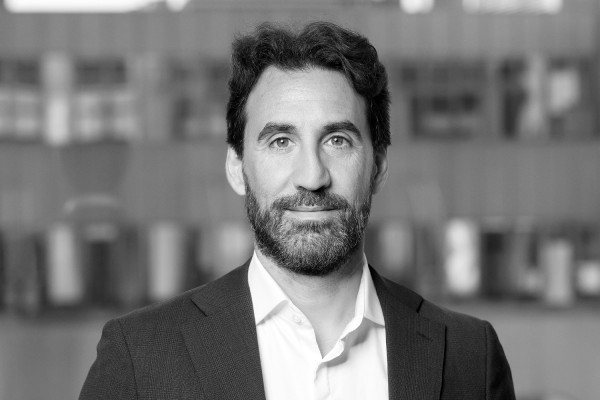 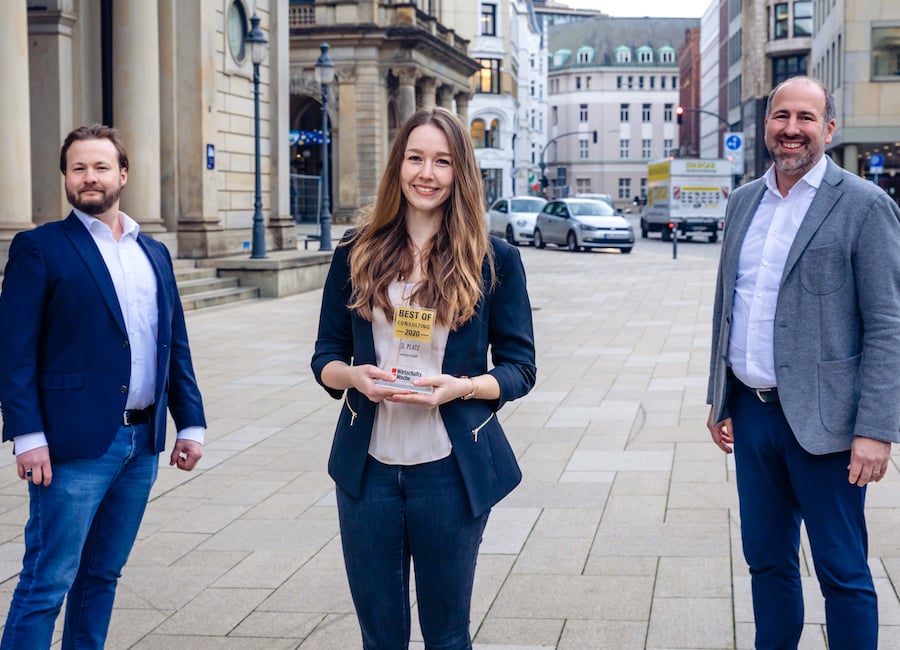 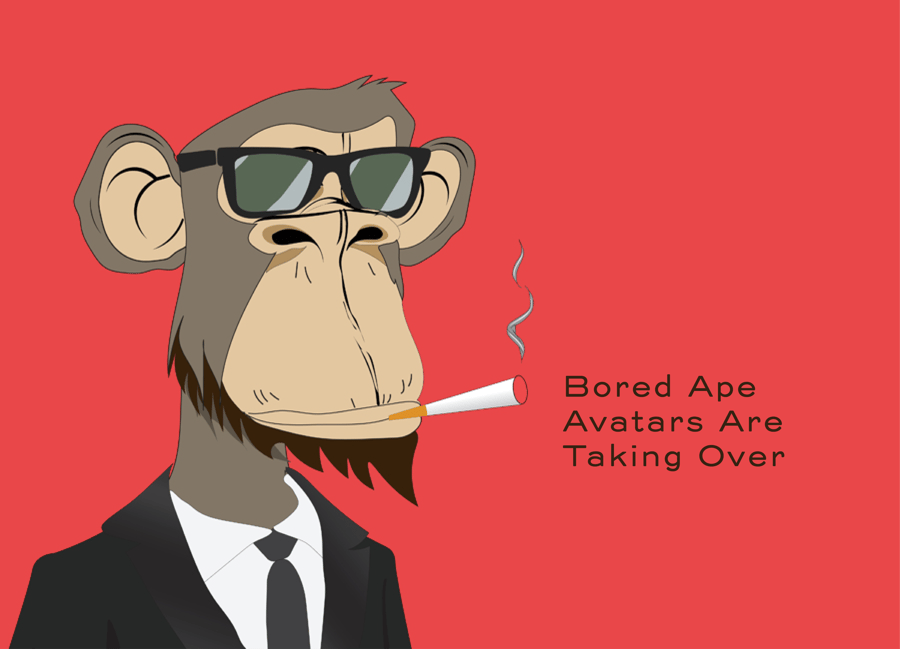 How Prepared is your Company for the Advent of the Metaverse?